based in upstate New York,

nestled in the northwest Catskill Mountains.

This is the view Corbie sees every morning! She lives in the Schoharie Valley with her husband Carle, a professional historian and musician, and their three extraordinarily spoiled cats. 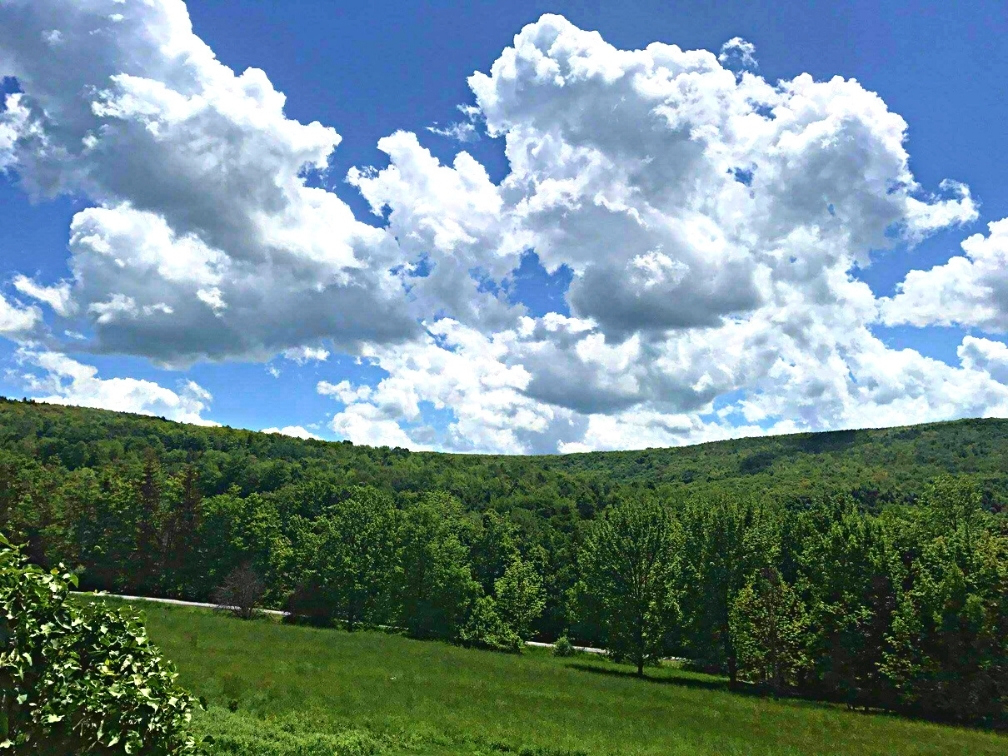 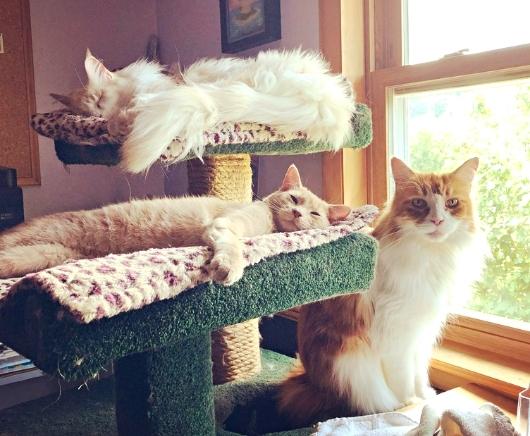 Meet Baron Manfred and The Prawn (both Maine Coons of distinctive lineage) and Harley Q. Pouncybounce, a Ginger Ninja of a rescue boy who was saved from a Bronx crack house and now lives the life of his dreams. (Top to bottom: Prawn, Harley and the Baron.) 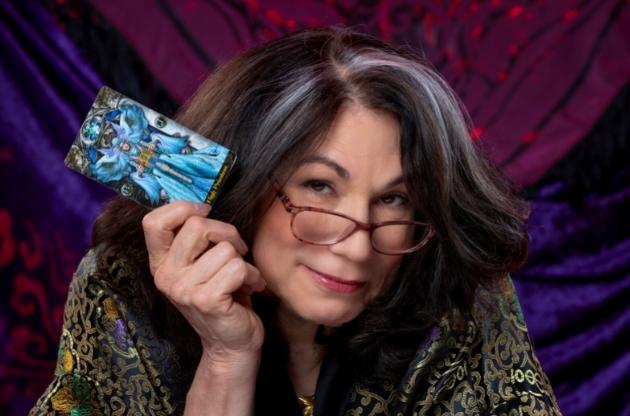 I’ve been on the mystic’s path for 50 years, friends.  It’s all about the search for ways to bring peace and harmony to body, mind and soul.

And here are the questions I’m usually asked…

Is Corbie Mitleid your real name, or did you choose it?

Both names are chosen names for very special reasons.

CORBIE: Ravens have always been the birds I love most, and Corbie is the old Scots name for ravens (and crows). Ravens are my guides and avatars. The raven is seen as the guardian of in absentia healing, a courier on the Spirit Road, and first cousin to Coyote the Trickster as a major deity for Northwest First Nations tribes such as the Haida and Tlingit.

MITLEID: It’s the German word for “compassion.” It’s important to me that I always remember why I do the work Spirit’s asked me to do; I stay focused on the fact that I’m here in Service. It’s not about my ego at all. 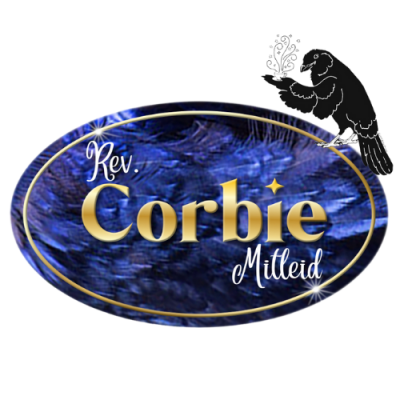 How did you know you were psychic?

When I was nine, I read a marvelous children’s book called The Witch Family by Eleanor Estes. Instead of thinking “ooh, that’s scary” or “ha ha ha,” my initial reaction was “…and your point is?”

I knew there was magic in the world. I just had to find it.

Fast forward to 1973, when I was a senior in high school working part time at Spencer Gifts. That was the year the James Bond movie Live and Let Die came out, with Jane Seymour as Solitaire, the Tarot reader. Spencer carried The James Bond 007 Tarot Deck – and I bought it. After all, we were all hippies then!

So for 20 years I read for friends, keeping my ego out of the way and making sure I was a clear channel for the information.

In the early ’90s, I was doing some deep-dish work on past lives.  Suddenly, I found myself able to do hands-on healing work, distance energy work over the phone, and act as a liaison between discarnate entities and those of us currently in body. I proved to be a doorway Home for souls caught in the Grey Spaces — those who have died, but for one reason or another can’t get to the Light on their own, and haunt the living. And I found I had a talent for channeling souls and Higher Selves for those who need to know the “hows and whys” of their life challenges. All this without training.  As I say, that’s when the Universe handed me my draft notice and said, “Hello, you’re working for Us.”

So I started work as a professional intuitive, keeping it part time until 9/11.  That’s the day, as we watched the Towers burn, that I told my husband the psychic work needed to be full time.  “I believe in you,” he said, “go do it.”  I stayed in the corporate world one more year, while packing in the psychic work every evening and weekend, making sure I really could make it my profession… and in 2002, I took the full time leap.

Now?  I work six days a week.  I read over a thousand people a year.  I write, I travel, I teach, I share what I’ve learned through those unexpected gifts and the new tools I’ve found useful over the years.

After feeling the gravity toward your booth for a couple of years, I finally sat down with you at the Radiant Light Expo in Reading PA for a Tarot session. I have now whipped out the CD from that visit for the first time since then and my mouth dropped open. So accurate, it was unbelievable.

Thank you for what you do. I can’t wait to meet with you again some time. 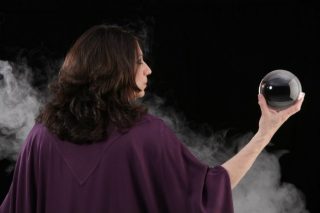 Some psychics are specialists.  You use not only Tarot, but past lives, channeling, and mediumship. How did you learn all that?

When there’s joy in the work, you’ll be eager to see what other toys are in the toy box!  I’ve found that when Spirit is helping you learn what you’re here for, it goes rifling through your internal File Cabinet to see what you’ve got.  I was a professional actress, so I know characters and motivations.  I’m a writer, so I can tell stories.  I’ve adored history since I was a teenager, so I can give past lives in correct historical detail.  So for me, telling stories through the cards, and “hearing” the stories and conversations discarnates need to tell us is easy.  On the other hand, I can’t draw a stick figure with a sharp pencil and a lot of prayer, so don’t expect spirit art!

I Am Very Blessed

I cannot begin to thank you enough for the session this evening. I am so glad I contacted you again. I had a Tarot reading with you last year and during the past year everything you told me about was revealed. I love to use your services because I kind of have a “gut feeling” for what my reality is and how I should be dealing with things, but when I hear things from you I have clarity and confirmation, along with good sound advice. It is wonderful to have such a talented, resourceful and gifted advisor available to me.

Sign up to Flight Patterns to receive a free E-Book AND coupon discount!

Get news, deals and discounts and keep up to date with where Corbie is next!

AND receive a free copy of PSYCHIC ANSWERS to download today!

Got Right To the Root of My Dilemmas

I had the pleasure of having a Tarot reading with Corbie today. It was educational, insightful, and transformative. Corbie got right to the root of my dilemmas and questions and offered healing advice on how to move forward. She does not sugar coat the information coming through, yet she delivers her message in a graceful, humorous way that puts you at ease. I cannot wait for my next reading with Corbie!

You do a lot of psychic fairs and public events. Is a reading with you appropriate for a public place? What about scary information, bad news, that sort of thing?

Yes, I’ve got the elegant clothes and table trappings most people expect from a psychic.  But most folks say sitting with me is a comfortable, safe experience;  they feel like they’re with a long-time friend, not a stranger spouting a bunch of mystical jargon.  And I don’t believe in “bad news” — we have opportunities we can go after, and challenges to get past. My job is to give you the tools and courage to deal with both situations. Everything else is free will, and up to you!

You talk about “laughter on the path” — what do you mean?

I LOVE  the mystic comedian Swami Beyondananda (Steve Bhaerman).  He gives his audiences some real “home truths” through humor and an unusual viewpoint that people remember. Like Swami, I think that if you get people laughing, their everyday conditioning is set aside; they’re more likely to listen to what you have to say. Laughter doesn’t compromise the truth— it just makes it more palatable. (I’ve even done stand up comedy about being a psychic. That’s because while I take my work seriously, I’m pretty realistic about me.)

You say that everyone is their own best healer. Why is that and what does that have to do with my reading?

No one’s experiences or challenges are quite like yours. So, any healing journey has to be uniquely your own. One way to find healing is through self-knowledge: understanding why you do what you do, and how those actions bring certain events into your life.   When we work together, I’ll walk with you as guide or mentor, but YOU are going to discover your own wellspring of healing abilities, and that you can turn even the toughest road that Spirit sends you into a journey of fulfillment.

What is a legally ordained minister?

I am honored to be a legally ordained minister through the Sanctuary of the Beloved (of the Order of Melchizedek), an incorporated, non-denominational church in New York State and in the United States. I am able to perform sacred ceremonies (baptisms, marriages, commitments, funerals, house blessings, etc.) and welcome inquiries from all walks of life and couples in all circumstances. My special talent is crafting ceremonies to assist you in celebrating your life-passages with beauty and dignity. For more information regarding the Sanctuary of the Beloved, visit: www.sanctuaryofthebeloved.com

What is a Certified Tarot Master?  A Certified Professional Tarot Reader?  You say you are both; what’s the difference?

I was named a Certified Tarot Master by The Tarot Guild, based on my years of experience as both a professional reader and teacher of Tarot.  I became a Certified Professional Tarot Reader through the Tarot Certification Board of America, which was a non-profit organization setting standards for amateur and professional Tarot readers. Practitioners were certified by standards of knowledge and skill established by the Board and guaranteed by a standardized testing procedure. While the Tarot Certification Board of America is currently on hiatus, the certifications they bestowed are still very much legitimate. By coming to a Certified Professional like me, you are assured of adherence to accepted standards of ethics and excellence, the legitimacy of a certified practitioner, and adherence to the TCB Client Bill of Rights. 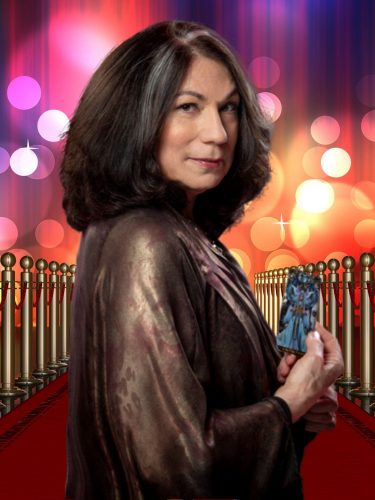 I am so grateful to Corbie and her work! A Soul Plan reading with her helped me release pain and guilt I had been carrying for 36 years. The care and compassion she brought to the reading along with spot-on information helped me see a painful situation from a higher perspective.

It Couldn’t Be Anyone Else

I lost my partner and no one could really get her. I sat down with Corbie and within two minutes of starting our session she was right there, saying things that I know were right from her. Even though it was a little racy, Corbie didn’t change the message or clean it up. And that was good, because that is how I knew it really was her. We both laughed a lot through the session, and that was her, too. I am sure I spoke with her through Corbie — it couldn’t be anyone else! I will always be grateful for our time together.