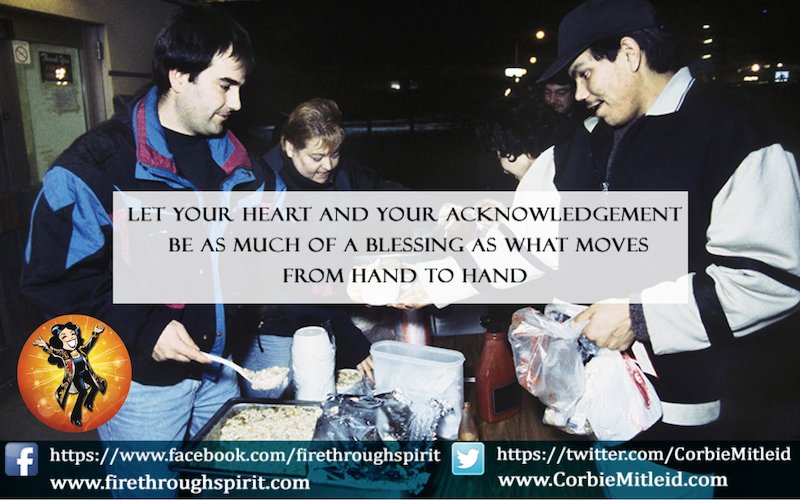 Do you know the difference between pity and compassion? It’s huge. Pity allows us to feel sorry for someone, but remain distant – “it’s such a pity that John lost his job.” It keeps us safe. Compassion, on the other hand, is really “I am you.”   Compassion gets involved, and is unafraid to look trouble and pain in the face. Pity feels; compassion does.

Mitleid, my last name, is actually a chosen one. It’s German, and one of its meanings is “compassion.” I tell people I chose it to remind me why I do my work, which is true – but the idea of compassion got planted a long, long time ago, by the man who influenced me more than anyone else in my life: my late father, Dr. Jerome Dorkin.

Dad was an incredibly generous man in all the small ways. When I say “small” I mean he didn’t necessarily donate thousands of dollars to charity. He found people in need, and did what he could – quietly, without fanfare – to make their lives a little better, a little less painful, and a little more hopeful.

At his memorial in 2001, so many patients came forward and spoke of his kindness, he unending patience when it came to their aches, their pains, and their fears. Instead of giving them a B-12 shot and sending them on their way (that being the in-vogue prescription for stress in the 1960s), he would listen, ask gentle questions, and get down to what was really bothering them.

One older woman spoke, and we found out that “the nice Jewish doctor in the neighborhood” had anonymously sent a local family of poor children to Catholic summer camp. It was a family that was full of argument, illness and difficulty. The kids had gone for a couple of years, but when the parents could no longer afford it, Dad stepped in; he knew that it was the one time of year the children could get out of the city, and have an experience of peace and healing.   He never told anyone, even his family. All that was important was the doing, and the difference it made.

But I held my memorial story to the very last, because it seemed to encompass everything my father stood for – kindness, respect, compassion, and the lack of a need for any kind of thank you.

We used to go out to dinner every Friday night, to a little restaurant in Pennsauken NJ called the Calico Kitchen. It had a long glassed-in entrance area, and when you walked in, there were two main rooms — one with booths and one with tables.   But right between the dining areas was a simple lunch counter. The Dorkins were well known to the owners, and we always had a warm welcome when we arrived. The order was always the same: my father’s veal parmiagiana, my brother’s hamburger and milk shake, my mother’s fish.   Dessert and coffee and a tip to the waitress, and back out the door until the next week.

But one night, things were a little different.

It was spring, but still cool; I remember because it was still daylight as we walked into the restaurant. Dad parked the T-Bird, and we all swung into the vestibule chatting; then, something unusual greeted us. It was a man, unwashed and smelling slightly of alcohol. His clothes were shabby, and he huddled in his coat. He had his cap out on the ground, and diffidently asked if we could spare a little money.

Now remember, in the 1960s, in a relatively prosperous area, a homeless man was unheard of. Tramps rode the railroad cars, or stayed out of the way in shadows or the ghettos. To see him begging just outside a restaurant door? It was a first time experience, at least for seven-year-old me.

Dad quickly ushered us into the restaurant, telling my mother “I’ll be right back. You get seated.” We went to our usual booth, but I craned my neck over the back of the seat to watch what happened.

I saw my father reach out, take the man’s hand, and lift him up. He shook it and had a brief but intense conversation with him. He walked in, his hand on the man’s shoulder, and took him over to the lunch counter, where he spoke to the waitress, who nodded. The man thanked my father, sat down, and reached for a menu. And my father came back to us.

“Daddy, what did you do? What was wrong with that man?”

My father looked at me steadily. “Well, honey, he was very hungry and asked for money because he doesn’t have any. I didn’t want to just give him money because he might use it for a drink, and that isn’t good for him. So I walked him into the restaurant and sat him down at the counter and told the waitress that he was to order anything he wanted, and I’d pay for it.”

I frowned. “But Daddy, he’s dirty. Couldn’t you get him a sandwich where he was?”

Dad looked at the menu, and back at me. “Maybe. But telling him that he deserved to sit down and eat in a restaurant like the rest of us, and helping him do that, made him feel more like a person. Like he was worth something.”

A simple thing. A simple kindness that was unheralded, and unspectacular, except to that one man. And to a seven-year-old little girl whose lesson in compassion that day shaped her heart, and her desire to help those who hurt, just like her father did.

These days, the homeless are everywhere.   But the old assumption that they are simply loners, tramps, failures, good-for-nothings, simply doesn’t wash any more. They may have college degrees. They may be family men and women.   They may be working two or more minimum wage or part time jobs, but still not have enough money for both rent and food. They may be senior citizens who have no savings and whose Social Security check can’t cover even the barest necessities. They may be kids, teenagers who fled abusive homes even though they had nowhere to go but the streets.

Every face has a story. Every heart has its grief, its hope, and its determination. Every single face is the face of God, of Everyman. Your face, perhaps, in another universe, another incarnation.

Many of us now drop change, or a dollar, into these outstretched hands, these proffered caps. But we’ve become inured to who they are. We don’t look them in the face, because then they are more than just “the homeless” – they are a person who registers on our consciousness, and that’s often more than one can take. But your meeting their eyes, with warmth and compassion, can do as much or more than the dollar you give. You can acknowledge their situation, and give them something that says I know that it is rough, that you have few comforts. Take this with my blessing, and be well.

“So,” a friend said when I told her about this blog, “you’re talking about giving away Blessing Bags, right?”

No, I’m not. I’m asking you to think, to acknowledge what is actually needed. I am you, remember?

Blessing Bags were a trend for quite some time. Ziplock bags full of things like chapstick, shampoo, soap, band aids, granola bars, gum. But a very interesting post from the web (by a homeless person) put a different spin on Blessing Bags. If you have Crohn’s, you can’t eat a granola bar. If you have diabetes, the gum is out. If you are walking the streets and don’t even have a box under a bridge, you may not have any place to put those items – or you might get rolled for them. What is always needed, they say, is MONEY, because then specific needs can be addressed.

Try getting a gift card to a local grocery store, or (yes, I have to say it) Walmart or Target, so they can get things like water, food that is right for them, or items for their kids (because kids make up a huge percentage of the homeless). Get a gift card to the local pharmacy; they might need medicine. If there are certain things for specific times of the year (in the winter that might be hand cream, lip balm, a warm pair of socks) that you want to tuck in a bag with the gift card, terrific. But that’s in addition to, not instead of.

And all those toiletries? If you, like me, collect all those small soaps and body lotions and shampoos from hotels, find the local shelter or food pantry and donate them there. They will go to people who specifically want them, need them, can use them.

Every one of us can make a difference, even in small ways. However and whatever you can do, I say do it; my thoughts are my own, and I would never disparage anyone’s efforts at kindness. If all you have to give is half your sandwich to someone on the street, do it – but do it with warmth, and an offer (“Can I share my sandwich with you?”) to allow a little dignity. And let your heart and your acknowledgement be as much of a blessing as what moves from hand to hand.