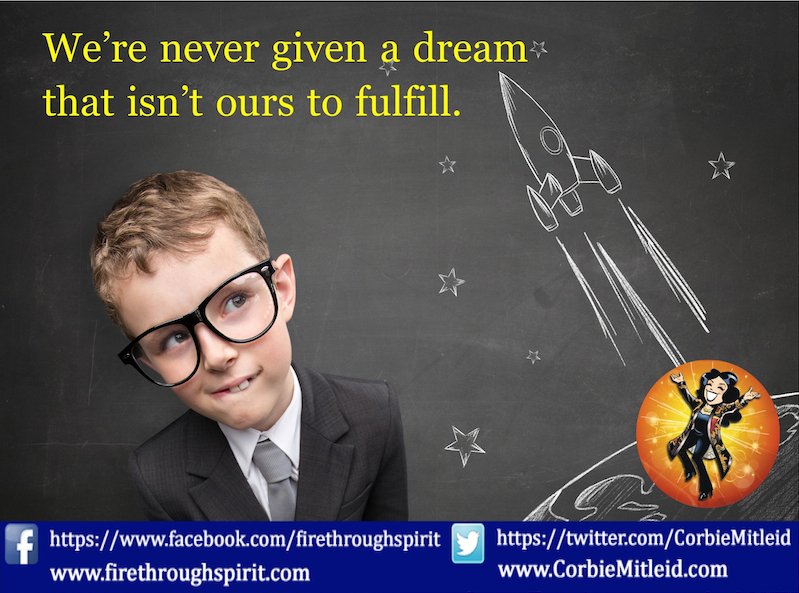 How many baseball fields are there in the United States? How many have ever been built since the game’s invention in 1845? I haven’t Googled it, but I would venture to say that the number is in the “hundreds of thousands” range. Whether you’re talking about hastily constructed sandlot diamonds or the mansions of the sport – like the newly-finished Yankee Stadium that came with a billion-dollar-plus price tag — they’re all places to hit the horsehide and round the bases. And it’s been that way since Alexander Cartwright started the game back in the 19th century.

We’ve all seen them, they’re part of the background of America — there is nothing inherently unique about a baseball field.   Right?

So what made Ray Kinsella, an ordinary farmer, build that baseball diamond in Field of Dreams? What made him think that his was different from anyone else’s? That little voice inside that said “If you build it, he will come.” He didn’t question if he knew how to build one. He didn’t look at the economic value and return on investment. He just knew, somewhere inside him, that out in his Iowa cornfield there needed to be four bases and a pitcher’s mound.   And he built it. And they came – his father, and Shoeless Joe Jackson, and miracles, and a family rapprochement. All because he didn’t listen to anyone but his own dream.

Today, I suggest, is about answering that inner call.

Too many of us, when we dream about creation, immediately look outside ourselves to find reasons to dismiss our wanting. And you can trace it back to about age two. When you reached for something – a shiny object, a candy, a toy – you were too often told “no!” by whoever was the authority figure of the moment (parent, teacher, baby sitter). They may have had good reasons (reaching for the “shiny thing” on the stove could burn you; they wanted to teach you about sharing) but they often didn’t explain it well. All you heard was “No! Bad!”

As we grew up, we’d hear that we were selfish (if we reached for the big cookie instead of being polite and taking the small one), or that someone else was sure to be better so we shouldn’t be disappointed when we fell short (auditions, sports tryouts) or it wasn’t practical to do something we had our heart set on (be an entertainer, a sports figure, or devote life to something altruistic but non-money-making) and why try at all if what’s ahead is heartbreak?   And all this negativity was handed to us, most times, out of misguided love. Even today, the vast majority of parents want to protect their children from hurt and sadness – and to them, doing what is normal, practical and safe (and disparaging the risky, the impractical or the unknown) is what will keep the kids secure.

What’s the result of all this programming? By the time we’re ready to go out into the world, there’s a great chunk of us that instantly thinks “I can’t” about a desire, rather than “I can and I can’t wait to run with it!”

It happens when we’re older, too. Let’s say we’ve always wanted to start a restaurant. What do we get told (or tell ourselves)? “90% of small businesses fail in the first year……one diner choking on a fish bone and the joint is sued into bankruptcy… …the economy is terrible; everyone’s cutting back…” And so on.   And the big one: “There are already dozens/hundreds/thousands of restaurants around here. Why bother doing one more?”

You could say that about anything. Why write a play? You think you’re going to be better than Shakespeare, Tennessee Williams or Mamet? Why paint a picture? There are so many starving artists already, and most have to die before anyone buys their work. Why write another metaphysical/self help/New Age book – there are thousands out there already and you can’t have anything new to say, after all…

None of it matters. Honestly, it doesn’t.

If you have a dream, do it. For yourself, if no one else.

My dream from the age of nine was to be on stage, somewhere, somehow, hearing the applause, wearing the beautiful costumes, and having everyone listen to me as I recited deathless lines, or have them rolling in the aisles with my comedic timing. Did it matter that acting is one of the hardest careers to excel in? Not to me. I had my dream, and I went for it. I majored in Theatre at an Ivy League college. I acted in community theatre, pounded the pavement in New York looking for movie extra work or voice-over gigs while working sixty-hour weeks as a legal secretary. I took classes, did nonprofit gigs, ingeniously weaseled my way into casting calls and in front of agents to try and get “seen.” And the entire time I did it, I felt exuberantly alive, sure that somewhere around the corner was the big break I was waiting for.

I did have some success – minor roles in a few movies, some Off Broadway, and fairly regular employment for voiceovers when I lived in Atlanta. But it wasn’t until I was done with the dream, and had gotten everything I could out of it, that I sat back and said “Is this still what I want to do?” Turned out that it wasn’t – I found other places to wear beautiful clothing (Renaissance re-enactments) and other places to hold an audience spellbound (inspirational speaking, which I still do and still love). My core dream of being heard by the world morphed into my current career, which completely expresses who I am in the best possible way.

But I had experienced my dream. I’d gone out into the world as a professional actress. And while I’ve moved on to other things since then, it’s a wonderful thing to know I need not go to my deathbed saying “if only…” about my earliest goal.

I’m going to give you what I call a “Martian assignment” – that is, go out and investigate like you’re a Martian, with absolutely NO preconceived notions about the world or what you are going to find. The assignment is to find out about people’s aspirations and ambition. Do it two ways: talk directly to people, and do some research about people who are tops in their field (Steve Jobs, for example) or who have created something amazing because of a personal passion (like Aubyn Burnside, the 10-year-old North Carolina girl who originated Suitcases For Kids in an effort to provide all 300 Catawba County foster children with suitcases — and ended up founding a national movement).

As you do your Martian-style investigation, while some people may speak delightedly of goals they’ve reached, there will be a lot more people who talk about dreams never fulfilled, or wistfully recall “someday” hopes they still hold, however weakly. You’ll even find people who shrug and can’t remember the dreams they’ve held over the years, or who say they never had any. Look at the level of happiness, of contentment, of love of life in everyone you speak to, and everyone you research. Look at the world outlook of everyone who’s followed a dream, and contrast it with everyone who didn’t – or who says they never had a dream to follow. Do you see any patterns?

And now, review your own life. How many dreams have you had? List them, starting as far back as you can remember. Everything counts. Include things like learning a foreign language, visiting a strange country, starting a business, making a difference on the world stage, learning to pilot an airplane. List every single thing that has ever captured your heart and pointed you down a road of adventure, if you dared to take it. Then find out what you’ve accomplished.  Even if a dream wasn’t completed 100%, what have you gained from as far as you’ve gone with it? And if there has been a dream you’ve brought into reality, how has it affected your life? How has it touched others around you? What did you learn about yourself in the doing of it?

When you get a sense of something you want to do, to be, to try – don’t check and see if anyone else did it better; you’ll find an excuse not to start at all.
Just get your something down on paper or out in the world.

If there are dreams still on your ‘To Do’ list – grab one and start it. Any one will do, large or small. Even if it seems huge, remember the old saying “you can even eat an elephant a teaspoonful at a time.” And don’t waste time telling yourself why you can’t, what will stop you, why everyone else has already done it or any of the 936 reasons we can all find to stop ourselves. Dare, don’t compare.

Finally, remember this: we’re never given a dream that isn’t ours to fulfill in some fashion. It’s what motivates us, gives us a taste of how our greatness can play out, if we’ll only let it. To reach for something new and different, to stretch for something that moves us passionately — to tell ourselves “Yes I can” instead of “No, I can’t (or mustn’t)” — sets fire in the blood and exuberance in the mind and heart. And as Helen Keller, one of the most daring people ever born, said: “Life is either a daring adventure or nothing. Security is mostly a superstition. It does not exist in nature.”