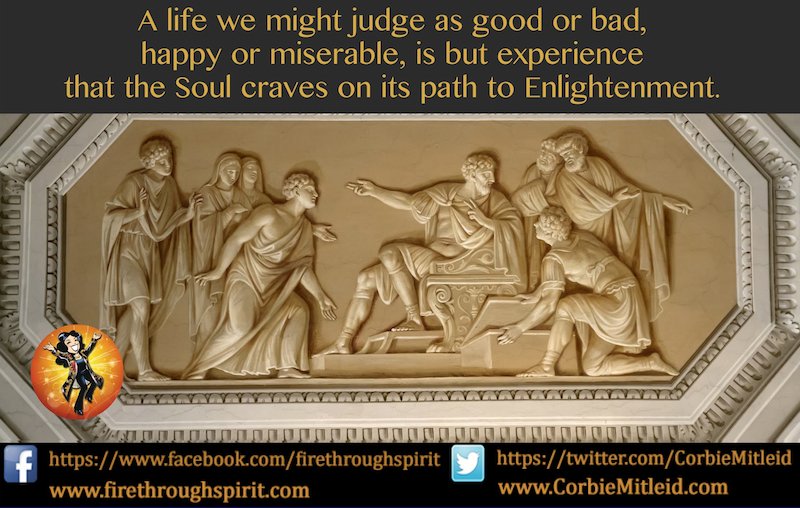 Sometimes the lives that show us why we chose this incarnation aren’t fun to unearth. But if we understand that we did these things in the past for our Souls to learn about the world and the human existence, then we can remain objective as we discover who we have been in order to be the brave and magnificent beings we are now.  Because I respect you, my readers, this part of my website will show lives from the more challenging end of the spectrum – any life we might judge as good or bad, happy or miserable, is merely experience that the Soul craves on its path to Enlightenment.

For the past 7 or 8 years Mariko has been a best friend and mentor to me. Inexplicably, this past February she stopped contact with me. I have tried to understand why but I still don’t know. We didn’t have a fight and I have nothing that would lead me to understand why our friendship would stop. It’s been a real mystery. Not having Mariko in my life has been one of the most difficult things I have gone through. She was such a major part of my life and then just disappeared with no explanation.

I picked up five pertinent lives, but let’s just look at two:

TEACHER/STUDENT, GREECE, Socratic times: Mariko was your teacher here, and you were a very eager but “weathervane” student. Mariko was someone who carefully, methodically, explored arguments, rationales and theories. Mariko saw in you a very promising but flighty mind. You were fascinated by the play of words and the joy of argument and exploration, but for Mariko your actions were like being “in love with love” – you did not have a purpose behind your explorations and study other than to explore and study (in that sense, not learn and arrive at a conclusion). You also were far too concerned about how you came across to other teachers, other students and those towards whom you felt romantic attachment (including Mariko, as male-male relationships were quite accepted in Greece at that time).

You studied with her for seven years, but at the end of that time, you were frustrated with how little special attention you were getting from her, and began to engineer situations where you were the one to come to her aid or rescue – social situations, monetary situations, whatever you could think of. Yet Mariko refused to actively rely on you and sometimes would even allow herself to get into a difficult situation rather than accept your help which, she sensed, came with “strings.”

Finally, you left Mariko and took up with another teacher, less ethical, who played on your vanity and need for approval. This teacher found Mariko a competitor for students and cachet (this teacher thought as you did) and the two of you were successful in basically shutting her out of the school of philosophy in your city. Mariko died obscure and impoverished, but by that time you had convinced yourself that she was “greatly flawed” and therefore deserved it.

FELLOW STUDENTS, Salerno/Padua, 15th century: Both of you grew up in Florence, both male, and both wanted to study medicine. It was not quite what your families wanted, but as neither one was the first son, you had a bit more choice in what was important to you. Mariko’s family was originally from the north, so they sent him to Padua; your family was more concerned with “the oldest and the best” so you went to Salerno. Mariko was a year or two older than you were but in those days that didn’t cement you into different classes. You both returned to Florence when you were done with your studies. You spent your time ministering to the higher levels of society; Mariko was more interested in continued study and had connections to Muslim/Islamic physician philosophy, which was rather frowned on by the religious community. There were several times when Mariko came “thisclose” to arrest and trial, but as your family was more well placed than his you always came to his rescue. This put a strain on the relationship; Mariko resented always being seen as the ne’er do well when all he wanted was to understand medicine more thoroughly.   Eventually the friendship soured and the two of you became estranged, simply because Mariko hated being told he was “wrong” when she did not believe she was.

Mariko is usually around just as your teacher for a short time, Rita. They key here for growth is to bless her, bless the time you have been together, learn from it and move on.