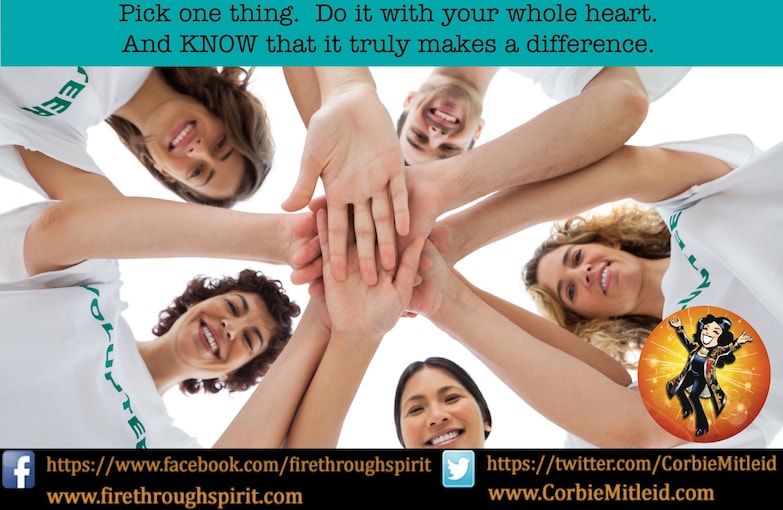 So many causes, so many problems. Daily I am inundated by emails from the right wing, the left wing, the fundamentalists, the progressives, the independents, pro-choice, pro-life; from those fighting for the homeless, for the hungry, for minorities, for children, for the elderly, for animals, for the environment, for health care, for Syria, for Nepal, for Palestinians, for the rainforests…help us, give us money, give us time, do something or disaster will occur because you haven’t done anything.  How can you pick one thing to deal with, let alone everything?

And one year, it was a rough last-week-of-December by any account. I was particularly troubled by the assassination of Benazir Bhutto just before the Pakistani elections. Too much talk about nuclear Pakistan falling into chaos…the Atomic Clock moving closer to midnight… certain people whispered that it looked like World War III was moving onto the stage.

Here we are, years later.  The Bhutto assassination has been replaced by the threat of ISIS.  Pakistani chaos was replaced by the in-your-face climate crisis and COVID-19 worldwide — and who knows what the next crisis will be.  It hasn’t changed much at all…and it feels like the global Spiritual Awakening we’re hoping for is years down the road.

All those black mutterings had me looking at what the world has become over the last decade. And then, historian that I am (and being married to a professional one to boot), I began to think back. Years… decades… centuries. In those days, you didn’t have to pick one thing to deal with.  Why?

It feels like we have none of that now. The world is speeding up, constructed in such a way that what we have taken for granted in almost every area of our lives is being brought into question. What do we do? Go numb to avoid the sheer despair? Dive headlong into hedonism? What can anyone do?

And then I heard a voice in my head…clear, crisp, precise, and forceful.

This was without a doubt not my own thought, but from some Being outside of me — as clarion call as ever my guides and angels have given me.

We are all going to die, eventually. As Jim Morrison said, no one gets out of here alive. So whether one dies at home, safe and in bed; in a war zone; in a post-nuclear-winter survival scenario; or any one of the million ways it’s possible to leave this mortal coil – you are here now. For a week, a month, a year, five years, twenty. And in that time, while our world is more complex than it has ever been, you are still hands that can heal or feed or plant or create. You are a head that can think new thoughts, provide new intentions, and learn new responses. And you are still a heart that can hear truth, feel love rather than fear, and connect with all those who have been before and will be in the future – for the heart and the soul are our twin cores.

This year, I will pick one thing – one thing that I feel good doing. And instead of thinking of it as not enough because of everything else in the world that needs repair and redress, I will give that one thing my whole head and hand and heart. And thus, instead of despair, I will plant hope – in my own heart as well as others’. And I will make a difference.

If there is one wish I have for you, it would be that you, too, find your One Thing. It will be different for every one of you. But as long as you find it, treasure it, and work to heal it in a way that heals you as well, it will be the Right Thing.