How To Deal With A Breakup From A Spiritual Perspective 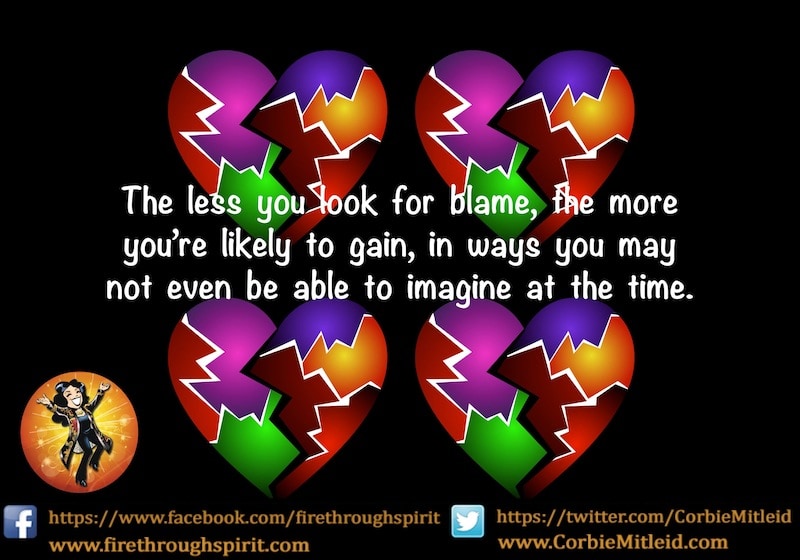 How To Deal With A Breakup From A Spiritual Perspective

People don’t always need a lot of time with me. The 30- and 60-minute sessions I do are in-depth, and look at every aspect of your life. But sometimes it’s just one situation that needs some clarification. In those cases, I am often contacted through Best Psychic Directory, where I maintain a virtual “office” for those quick readings.

I kid you not – 99% of the readings there are about relationships. Does Bruce love me? Will Janice call me back? I had a fight with Bill/Rhonda/Steve/Chuck/Maggie, is it over?

I’m always delighted when I see hope for repairing a relationship, because nobody wants to leave something wonderful in pieces in the middle of the road. But when the cards show no hope of true reconciliation, I don’t fudge my information. I tell the client, “It looks like this one is over for good.” If that’s the case, then it’s important to look at the breakup from a spiritual perspective.

What caused this to happen?
Could it have been prevented?
What is the Karmic “gift” in this situation?
How will it change the querant?
What will prevent such things in the future?
How does the querant keep the situation from negatively impacting the other areas of life?
What is the best first step to move forward?

Notice that each of these questions avoids blame. Even “what caused this to happen” is not asking who caused the situation. It takes two to tango – and two to leave the dance floor.

In order to move forward, it’s important to look at the situation as just that – a situation, an occurrence, a part of the play of Life you’re acting in. And just as a character can be changed with different words, stage blocking or how they relate to other players, so a situation can be looked at from different angles. What will help you most is to calmly assess what happened, decide what changes YOU can make in YOUR life to avoid it again, and then set foot on the road that will move you away from the grief and anger and towards a new beginning.  Then, the work of forgiveness (and self-forgiveness) can happen when you are clear.

Is it just the two of you? Then ask yourself how you can release each other gently. Are there children involved? Then ask yourself how you can keep them front and center, rather than using them as bargaining chips or ways at getting back at your partner.  Is it going to be a massive lifestyle change?  Then ask yourself what you need as opposed to what you want.  Believe me, I am not being a Pollyana and saying it will be easy.  Sometimes there is huge pain — a feeling of betrayal, of being blindsided; and if your partner is determined to make it difficult, there is not much you can do about them.

But YOU?  You can choose how to deal with things.  You can determine how you will realign your relationship with your family, your children, your workmates and your friends.  You will decide whether to be destroyed or, like a phoenix, arise new from the pyre.

Rich and I had known each other for many years before we got married.   Yet after moving us to Atlanta from New York and taking a great new job, Rich decided he did not like the job — AND did not like being married, or sharing his money.  He was moving to California, thank you very much, and no I was not invited and no he did not want counseling. There was absolutely nothing I could say or do to change his mind, so don’t try.

BOOM.  Out of nowhere, my life was completely shattered.  Think windshield when a deer stumbles in front of your car…think lightning strike out of a clear sky.

For three weeks I was devastated. I’d been brought to Atlanta when I didn’t want to leave New York.  I believed that this marriage would last and our longtime friendship would strengthen it.  There was no way I could afford to get back north of the Mason-Dixon on my own for the foreseeable future, and I was clearly not a Magnolia, but a Bagel: how was I going to adjust to being a single woman in the South when I was such a Yankee?

However, after those three miserable weeks I hauled myself up and asked myself those seven important questions:

What caused this to happen? Rich and I did not have the same values when it came to money, or what marriage meant; and he was much happier back on the West Coast where he came from.  If I was a Bagel, he was a Surfboard.   Irreconcilable differences.

Could it have been prevented? Yes, had both of us looked more carefully at our partnering skills and values.  I also should have looked more carefully into why he separated from his former relationships.  Then, we would have stayed just friends, without marriage.  Could the situation have been prevented after the fact?  I don’t think so, therefore there was no “Monday morning quarterbacking” on the situation.

What was the Karmic “gift” in this situation?  I realized that if I ever got married again, I would make a stronger effort to discuss these matters more thoroughly before committing.  What I did not know at the time was what it would teach me in terms of accepting independence and not needing to be part of an “us” to thrive.   When you want to be part of the right relationship, rather than needing to be in one no matter what, a relationship has a much better chance of lasting.

How did it change me?   It enabled me to stop blaming and to instead look at how I wanted to re-examine my own priorities.  It showed me I could be on my own successfully.

What would prevent such things in the future?   I would be sure that relationships had a lot more discussion and sharing in them that this one did.

How did I keep the situation from negatively impacting the other areas of life? I decided to go back to the friendship with Rich — the relationship that never had a problem.

What was the best first step to move forward? To stop accepting the “wounded wife” scenario that Society expects me to have.  Accept the situation and find my own best self within it.

And that’s what I did. It still hurt. This was a second marriage that failed, so I had a lot of questions about myself. But the most important thing was to keep what was most valuable in this situation, and that was my long-time friendship with Rich.

Once I sat down with him and said, “Okay, if you want to leave, that’s fine – but I want to keep my friend,” everything changed instantly. We both relaxed. The friendship returned, intact.  Everything that needed to be done financially and socially was done amicably, in tandem with each other, and without a lot of fuss. The agreed-upon obligations were upheld on both parts without any kind of a signed agreement needed. And we stayed friends, right up to his death in 2007.

Yes, we all want relationships to last, to roll out over the years with love and growth.  But there are reasons and wisdom behind leaving a relationship, no matter how difficult it was, with an understanding that there is spiritual growth to be had on both sides. And the less you look for blame, the more you’re likely to gain, in ways you may not even be able to imagine at the time.