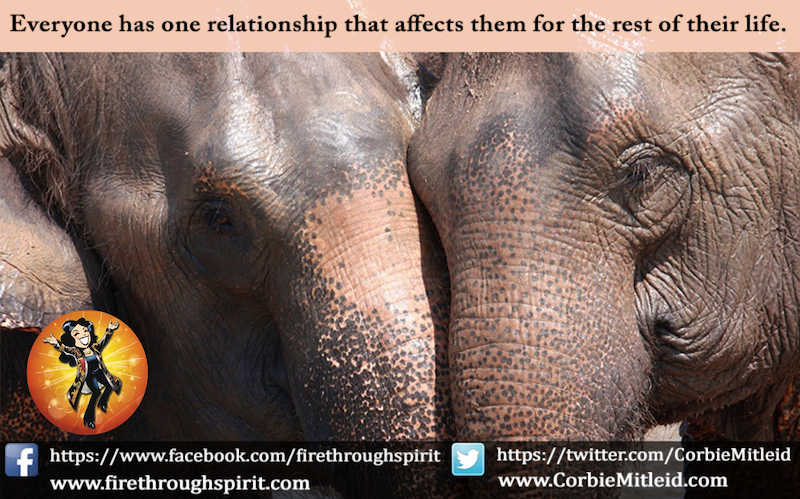 I would like to focus on my relationship with G. Why are we together? Why did we separate after high school over fifty years ago? He was driven to find me; I didn’t think about him much at all. What are we teaching each other? What prior relationships have we had with each other? How can I (we) be more peaceful with each other?

Minka, you have come in with a Karmic lesson around commitment and responsibility to others.   You have a hard time committing to marriage and other important personal relationships. G, on the other hand, is well suited to long term relationships, and indeed has been working to have a fruitful one with you over several lifetimes, but your ambitions and local custom tended to get in the way. The question that you have set for yourself in your Karmic Challenge cycle is that of “at what point is relationship more important aspirations?”

The first life that I see you sharing with G was in Mozambique during the 8th century. You were rival chieftains. Your tribe was on the coast, while G’s was landlocked.   The tribes on many levels, however, were very similar. The matriarchs of the tribes in this case helped make the marriages, and after much discussion it was decided that your son and G’s daughter would marry and thus consolidate the tribes.

It really wasn’t all that simple. There was a constant, decade-long game of promise/break/promise/war/promise.   Meanwhile, the two children had met each other and, against all odds, really had fallen in love. You found that amusing but not very important – after all, all they had to do was make a few children to secure the bloodlines, and you felt a man didn’t need to care about his partner to do that.

After about ten years, when the children’s marriage should have long ago taken place, they decided to run away together. When you and G found out about this, G was willing to forgive and bring them back with a certain level of punishment, but you were incensed that they would dare to flout the word of their chief (you) and the matriarchs. You said that they needed to be punished. After much raging and bullying on your part, G agreed to go with you and hunt down the children.

It took about a week until the children were found. G assumed that you were merely going to have them whipped or branded somehow. However, you ordered your hunters to surround them and shoot them down where they stood. You stood over them as they died, brandishing your spear and stating that this is what happens to those who defy the chief.

The next life I see for the two of you is in the 15th century in the Middle East, where you were both members of Bedouin tribes. Your genders were reversed. G was a talented female. Her intelligence was sharp, she was brilliant on a horse, she was well-spoken and had inherited her father’s mind for strategy. Her father often bemoaned the fact that his eldest daughter was not born with “a staff to rule between her legs.” You were a man with the largest herd of camels in the area, and were married to G’s younger sister. Because G’s father valued her so much, he married her to a very weak man so that she would run that part of the family, and stay close to him to help rule, if you will, “behind the throne.” You were frustrated by this, because you had assumed, when you married G’s younger sister, that you would be the one to work with the tribal chief. G ruled the family through insinuation, rumor and outright direction, and no matter what you tried, you were unable to get the best of her. And instead of simply accepting that this was the way it was in that tribe, you spent your life in fruitless competition with G.

The next life saw you together on an island in the Pacific, in the early 17th century.   You knew each other from childhood. Again, genders reversed. G was very shy, but always had what we would term a “crush” on you. You were a flirt, as far as was possible by custom. You each married, but had no children, which was seen as a detriment. Your husband took other wives. G’s wife died bearing his first child, which was also stillborn. After that, he never wanted to marry.   When you were both in your 40s, a devastating storm swept over the island, killing most of the tribe. At least a dozen children were left orphaned, without even extended family members. G saw this as his opportunity to redeem himself in the tribe’s eyes and in yours, and he proposed to you that the two of you take on the group of children. You worked together very well, raising the children to adulthood and basically creating a small subtribe of your own.

The final life I see is in Kazakhstan in the 19th century: You and G held the same genders as this time. Again, young love, but not quite arranged marriage. There was an “understanding” between the two families as you had grown up together. You were ready for marriage at fourteen. However, G was a boy who kept promising you marriage as soon as his studies were over… he got enough money… his sister got married…and on and on. Eventually, by the age of 20, when you felt you were an “old maid, you got sick of listening to all the promises that came to nothing. A trader caught your eye, and you agreed to marry him. One day, your parents woke to find you gone, and a note scrawled to G: “As you cooked the porridge, so must you eat it” – in other words, because of his tardiness and false promises, he lost you at last.

In this life, you have once again found each other in your later years. It is important that you find ways to connect with each other on all levels – physical, mental, emotional and spiritual – and be willing to work out the difficulties that come with later-in-life relationships.   Then you will have set yourselves up for a long-lasting, happy marriage in the next incarnation.