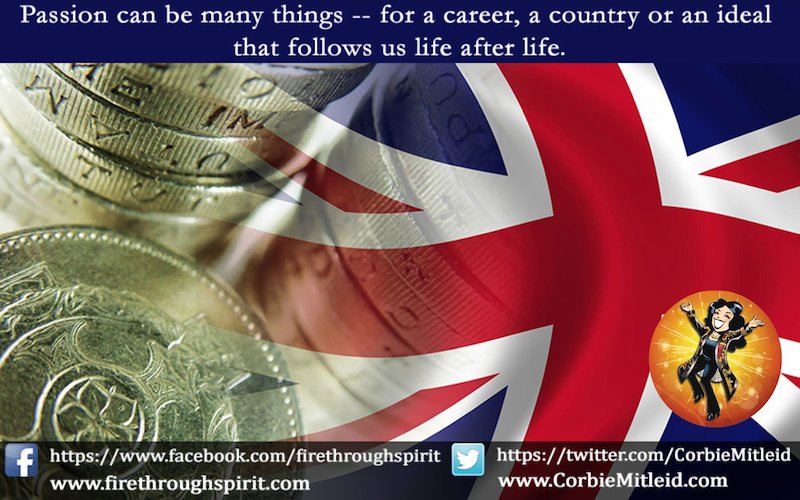 All of these questions really come down to the Haitian Connection. Lisa, your link with Haiti is heart-deep.

You experienced the initial conquest by the Spanish firsthand. You were a member of the Jaragua clan, and watched your Queen die at the hands of the foreigners. They took special pleasure in raping and disfiguring the women of the clan in retribution for your Queen’s defiance of them. You ran into the jungle with roughly a dozen other women and children, and made your way to another clan in safety. (This last is why being a single parent is something that gives you strength, rather than weakens you.)

In those days women could be clan chiefs as well as men, so it was no surprise that you took a command role in saving those around you. At that time, you swore an oath to your gods (accompanied by your own blood) that in life or death you would find a way to care for the people and the land.

While you have not always reincarnated onto Haitian soil, there has always been a connection.

When you have not reincarnated on Haiti, you have spent several lifetimes in and around the military in order to learn how to defend that which you love. You were part of the Huguenot rebellion in France; you fought as a Native American warrior and clan leader in King Phillip’s War in late 17th century New England, and returned to fight as a member of the Iroquois Confederacy with the British in the American Revolution. In all three of these conflicts, you chose to incarnate on what would be considered the “losing side” in order to learn what it is to fight against great odds. You always died young in battle as a man; your longer, more influential lives are usually female.

It was then that you were ready to come back to Haiti, and incarnated as a woman during the first years of Haitian Independence in the first third of the 19th century. You were a wife of one of the ruling party, and worked to sway your husband subtly in the favor of women and children – which in those early years of Haitian self-rule was exceedingly difficult. You did your best to aid the peasant women and their children, and those who farmed your land were treated fairly.

This life combines all your skills – bravery, seeing the bigger picture, the ability to gain help from others where others might not, your ability to work with prominent players, and specific courage in the face of adversity and passion for the land that has influenced you more than any other in your lives. Your choosing to come in as a female this lifetime is specifically because the women of Haiti know how to build and rebuild, nurture and believe in something better for the next generation, even when everyone around them doubts. This lifetime culminates in the completion of the promise you made to the land hundreds of years ago.