We Are Truly Limitless 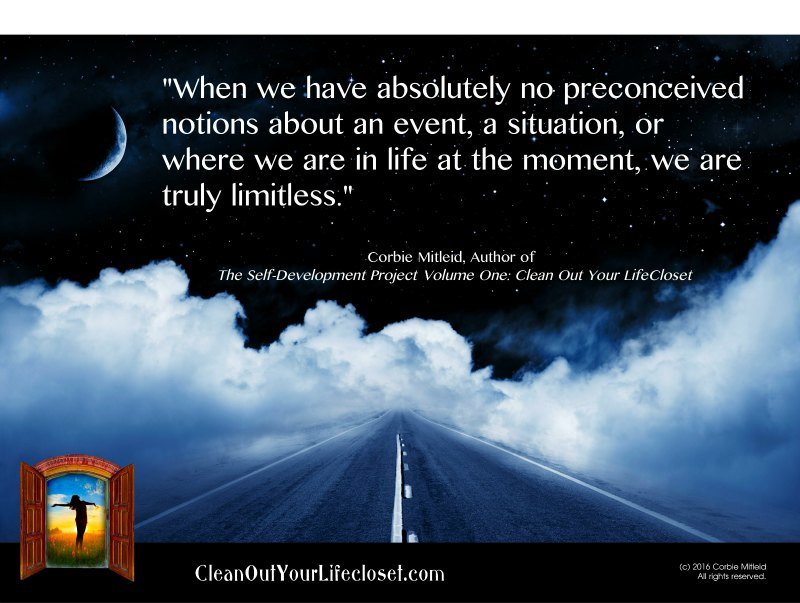 We Are Truly Limitless

I often play a game called “challenge/opportunity” with my clients. They’ll come to me with a litany of things that have gone wrong. I work with them to see the opportunities that came with the challenges. That usually turns their attitude around. And they invariably say to me “Why couldn’t I see that in the first place?”

The reason is simple: we make a habit of reacting, rather than responding. Something happens to us, and we immediately deal with the situation from the usual practice, from fight-or-flight mechanisms, or from fear. If we take a moment to merely observe, and then ask ourselves questions about the situation we face, our response can be different from the knee-jerk reaction.

Those three questions are miraculous, along with their counterpart, “Where is my Happy?” They help us untether ourselves from our typical answers: the ones we’ve used consistently, the ones we’re told are “normal” and “natural,” and the ones that don’t require thinking.

When my former husband, Rich, decided he was done being married – he was moving to California and I was distinctly not invited – I spent three weeks playing the Wounded Wife, because that’s who I thought I was supposed to be. When I stopped and asked myself what I truly wanted, it was to keep my buddy.   Rich and I had been good friends for a dozen years before we got married.   So I went from reaction to response, telling him that if that’s what he wanted, I wouldn’t stop him – but I wanted to keep my friendship with him no matter what happened.

From that point on, the divorce was amicable, with everything done above-board and honestly. We did indeed stay friends. We always sent each other birthday cards. And when he died unexpectedly fifteen years later, I received an unimaginable gift.

Five months after his death, a week before my birthday, I was given a very detailed message from him during a Spiritualist Sunday service. The person delivering the message gave a description of what he looked like, with half a dozen telltale details that proved it was undoubtedly him: the style of his hair and beard, the red t-shirt that I had given him, the shorts and sandals that were his everyday California uniform. There was even a mention of the Himalayan cat in his arms (Kaiser Wilhelm, our first pet together). And, said the medium wonderingly, he was “waving, and blowing kisses.”

If I had played the game of Wounded Wife, we would have long ago lost contact with each other. But because I knew to change my belief?  I received a sweet miracle of a Happy-Birthday-from-Heaven that long-ago March afternoon.

Three simple questions.  Ask them, learn to respond rather than react, and watch your world change.

“When we have absolutely no preconceived notions about an event, a situation, or where we are in life at the moment, we are truly limitless.” – Corbie Mitleid