What We Believed Once 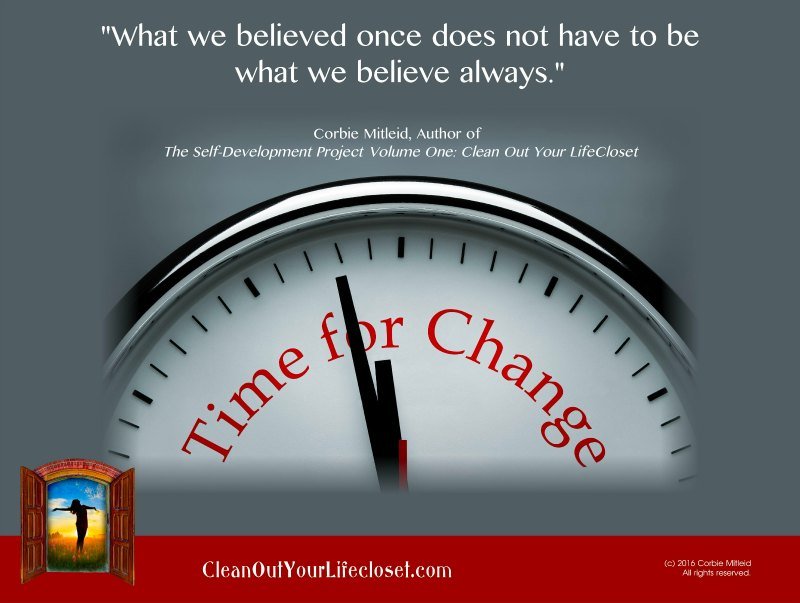 What We Believed Once

One of my favorite stores about “change your belief” is the Story of the Meat Loaf Pan.

Miriam makes a terrific Cajun meatloaf. But for years, she always cut off one end of it and baked it separately. It didn’t matter what size the pan was, that was simply part of the procedure.

Once, when I was visiting and helping in the kitchen before dinner, I asked her about that. “What’s with the meat loaf? Why do you always cut the end off?”

Miriam shrugged. “I don’t know. My mother did it, so I assumed that’s what you did.”

At my urging, she called her mother. “Mom, you know that Cajun meatloaf recipe? Why do we always cut the end off?”

There was silence on the other end of the phone. “I don’t know,” her mother said at last, somewhat puzzled. “Your grandmother always did it. I thought it was part of the recipe, and you know that changing Gran’s recipe means it doesn’t come out right.”

A third phone call to Miriam’s grandmother found the answer. “Oh, that!” she laughed. “When I was first married, we were awfully poor. I only had one loaf pan, from the junkman. It was too small, so I could never fit a whole meat loaf in it. So I had to cut off some and cook it separately.”

Miriam – and her mother – were stunned. Such a simple answer! But because they believed that Gran’s recipes could never be improved upon, they never thought to ask why such an odd step was always included on the recipes that went from person to person in the family.

This example, droll as it is, shows what happens when we hold onto a belief long after it has ceased to function for us. For example, we may believe that we are overweight, so we can only ever wear black or dark colors. So we pass by the clothing in beautiful jewel tones that we long for, and stick to clothes that we believe hide our excess avoirdupois.

Yet if we dared to pick up that ruby-red silk blouse, we might find that our old belief about the way we look in color no longer holds true. If the cut and the material flatter us, then so will that luscious color. And we rethink our entire wardrobe.

Today, take a little time to examine your beliefs. See if there aren’t a few that have stuck with you since childhood (“I’ll never be able to support myself” … “I’m never pretty enough to get noticed”… “If I eat cake in front of someone they’ll think I’m a pig”) and challenge them. Remember to ask yourself three important questions:

What do I believe?

Why do I believe that? (and continue to ask the “why” until you have a clear picture)

What do I think would happen if I no longer believed that?

When we are willing to challenge a long-held belief to see if it still fits us, we find many doorways that are no longer locked. We can walk through them to a newfound belief about ourselves and our world that is so much truer for us today.

“What we believed once does not have to be what we believe always.” – Corbie Mitleid CleanOutYourLifeCloset.com