When Lessons Are Better Than Teachers 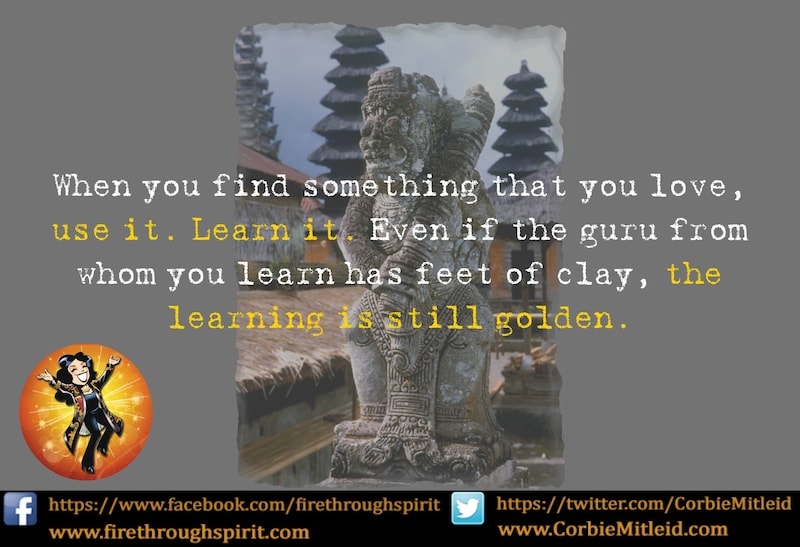 When Lessons Are Better Than Teachers

There’s a re-enactment group I used to play with, that specialized in medieval and Renaissance history. It was great fun in my twenties and thirties: swanning around in glorious Tudor gowns, playing at Royalty. When I was doing exclusively secretarial work five days a week, it was a great antidote to “get me this, file that, I’m going out golfing while you finish with all these depositions and papers I want on my desk by morning.”

In the group, part of the game was that Kings and Queens changed twice a year. A Crown Tournament was held; the winner of the fighting became Crown Prince and the lady he fought for Crown Princess.  And a few months later, they were crowned King and Queen and the whole process would start over again. And the only qualification for becoming King was that you be the guy with the biggest stick or the most fighting prowess who battered everyone else on the field into submission.

That proved a little problematical.

Sometimes we got people that had a great sense of theatre, that understood the chivalric way of dealing with a populace, and who took the service part of the role seriously. And sometimes we got people who weren’t much different from the lawyers I worked for: “get me this, sew me that, I’ll give awards to the people I damn well please; I don’t want to put any effort into this thing but remember I’m the Boss right now.” Yet those of us who wanted to Play the Game to the hilt remembered to bow or curtsey when they went by, address them respectfully, and do all the things we’d do for the good sorts of persons, gritting our teeth until the next Crown Tournament came along that got us someone more willing to do what was required to make the game enjoyable for everybody.

We called that “saluting the hat, not the hat rack” – in other words, your duty belonged to the idea of Royalty, not necessarily the gum-chomping, beer-swilling cretin who might be wearing the Crown at the moment.

Life is like that. Sometimes lessons are better than teachers.  You can have wonderful ideas, great methodologies, or exciting experiences that are engineered or taught by people you wouldn’t want to sit next to in a restaurant, let alone consider them Great Teachers or people to emulate. Don’t throw away the ideas because you don’t like the people teaching it.

Here’s an example: there is a terrific method for working with clients that I have learned over the past forty years. I lecture about it; I use it in my everyday life. But I don’t go back to where I’ve learned it. Why?

Because the last time I was there I was told that what I do interfered with what they were teaching, so I was not to mention my career while I was there. (It’s true, I’m probably the only professional psychic who has ever gone there more than once, but I find a way to straddle both worlds.) If someone asked me about my career or how I worked, I was to say I didn’t want to talk about it.

In other words, these folks whose core teaching involved deep authenticity asked me to be inauthentic whenever I stepped onto their property. And those who were the famous faces of this methodology apparently told the folks who gave me my marching orders to do so, but never addressed it with me themselves.

Does that mean I stopped teaching what they taught? No.

Did that invalidate all the good the methodology did for me for the decades before? No.

Does it even mean I’ve stopped suggesting the method and the coursework? No, it does not.

But I do give the “hat, not hat rack” warning to people who go there now, so they stay open to the ideas but don’t buy into any kind of cult-of-personality that they may sense.

So many people espouse peace and can’t live it, but we still think peace is a great idea. So many people preach so many things they can’t live up to. But the ideas are still wonderful ones; and just because we catch people not living up to what they speak about, it doesn’t mean that the ideas behind the words are worthless.

Ideas, in and of themselves, don’t belong to anybody. They are what we have pulled out of the Universal Mix. And someone who has fabulous ideas can come up with them and even share them but not be able to completely live up to those ideas themselves.

So when you find something that you love, use it. Learn it. Even teach it yourself.  If the guru from whom you learn it has feet of clay and is eating chicken while espousing vegetarianism, don’t feel betrayed. Instead, take what melted your fear, healed your heart, or gave you inspiration, out into the world.  Because sometimes, life lessons are better than human teachers.

If you can be the hat AND the hat rack that work seamlessly together, maybe that was the idea’s purpose in the first place: to be born in one place and nurtured in another — for you to be the example (and the person) that inspires other people with authenticity, truth, and belief. But if that’s what happens… don’t forget to tip the hat to the hat rack who first wore it. The truth is, that’s how you found the wonderfulness in the first place.[