Corbie’s Wayback Machine: When We Are Our Own Worst Enemy 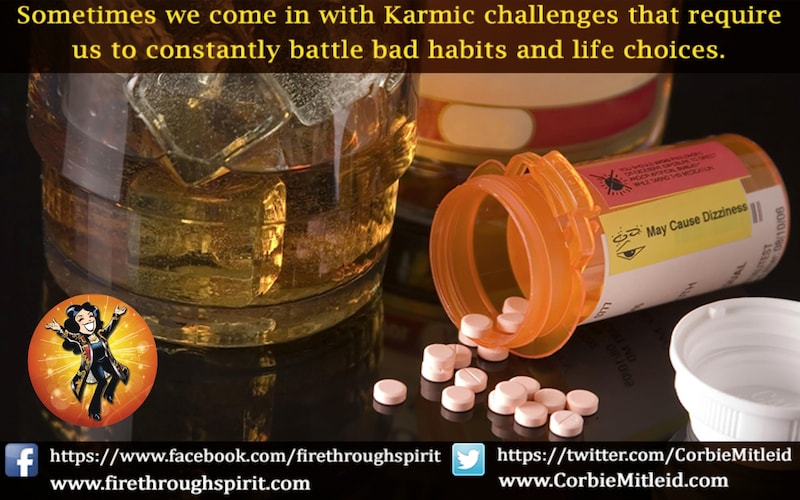 Corbie’s Wayback Machine: When We Are Our Own Worst Enemy

I loved my husband Gil and he loved me but our marriage was not peaceful. Our relationship changed after we married. Communication became more difficult and he dealt with all frustration through anger.  He was an alcoholic, was depressed, had insomnia and was anxious.  He took a lot of meds in addition to his alcohol, cigarettes and coffee addictions.  He was a rageful drunk.  He killed himself but at his funeral he had hundreds of people who only knew his cheerful outside demeanor.

Why did I agree to all of this and what was the lesson?

Thew overwhelming sense that I get is that Gil has been a frustrated leader or subleader for too long, with too many shots at responsibility thwarted by higher ups who knew nothing and cared less. It is as if his soul “shorted out” this lifetime.

HIs first aspect of wine affinity was in Egypt, followed by China, Romania and Italy. There are lifetimes of excess, both with food and drink. It was as if he felt “if I can’t lead, I can feed.” Unfortunately his perfectionist tendencies in this direction also led to confrontation and being his own worst enemy, most notably in Russia.

I get a vision of 17th century Africa: he was one of the slaves taken very young from the area now known as Nigeria to a Southern plantation.     Son of a local headman, he never forgot who he was nor what he owed his fellows. He was a ringleader, charismatic and one that the other slaves followed. He had a hard time with his owner, who did everything possible to degrade him, but the remembrance of his rightful place kept him going.

From here, goals of leadership and caring for others took first place in his prebirth makeup.

I then see the two of you in the 18th century military, Europe or Eastern Europe.  You are arguing over a failed campaign, or one that is doomed to fail, yet you need to put your men into battle. You are one of his subordinates, the one who thinks carefully rather than brilliantly. He is nearly apoplectic that he will be unable to do what needs to be done. He is banging his fist on the table, and then curses fluently; an old wound is inflamed by his actions. He drinks – it looks to be vodka, a taste picked up when he was in Russia.

The next life presented was in the 19th century during the British Raj, at the Siege of Cawnpore. Gil was one of the subordinates to General Wheeler. Upstanding, never taking to drink or “whoring,” he was rather Calvanistic in his views, and believed the “Wogs” to be sub-human, and was very much buying into the Manifest Destiny idea. He was assigned to Wheeler’s staff, though disgusted that he had “gone native” even so far as to marry an Indian woman. During the siege, he was responsible for the safety of women and children. He did his best to see that they were fed and had water, but it was extremely difficult, and he was constantly frustrated that Wheeler put his trust (misplaced, he believed) in the Sepoy regiments.   He was caught in the massacre at Satichaura Ghat, and died believing that if Wheeler had done the traditional thing – go to the most heavily guarded area of the town, realize that the native soldiers would turn against him – they “would not now be lying in the mud.”

While he came in to have a less “responsible” life, he did want to attempt to be less emotionally thrown by betrayal (or perceived betrayal) of those he loved or for whom he was responsible. The double death of relations on his birthday could either trigger resilience and a renewed love of life, or (as it seems to) become one more “look what people I love/life does to me.”  Unfortunately, he took it as the latter, which set him on his painful road.